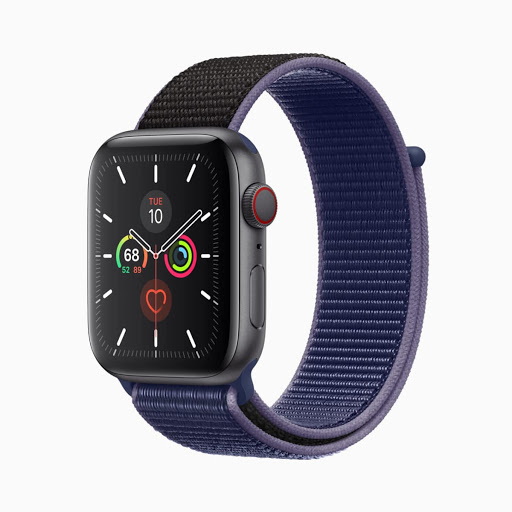 Apple is all set to develop its two latest features that are focused primarily on health to its Apple Watch for expanding its capabilities in the near future.

Interestingly, the Apple Watch would be equipped with the feature of detecting oxygen levels in the blood for the very first time.

As a matter of fact, Blood oxygen levels that range from 95-100% are generally considered healthy. On the contrary, if the blood oxygen levels are below 80%, it might lead to poor brain and heart functionality. In addition, it increases the greater risk for cardiac arrest and respiratory illness due to continued low levels of blood oxygen.

To this, Apple is making a revolutionary development by working on its features so as to notify users of their blood oxygen by detecting it.

How does it work anyway?

In an event Apple Watch senses low levels in blood oxygen beyond a particular threshold; it will provide a notification that can alert the user. It is quite similar to heart rate notification equipped at present.

However, it is not clear at the moment what software and hardware would be used to detect blood-oxygen levels and notify the same.

Moreover, the other competitors of the brand such as recently acquired Fitbit by Google have tackled ECG features. Despite, Apple can potentially introduce a more advanced version of ECG function using a similar method of FDA approval.

At present, Apple is developing a method to remove a shortcoming associated with the current function of the electrocardiogram. It is due to the fact that the current Series 4 as well 5 of Apple Watch produce inconclusive ECG results, showing heart rates ranging from 100-120 beats/minute.

Thus, all eyes are on the future upgrades of Apple Watch to see improvements in such limitations. Apple might fix its hardware or software to present an upgraded ECG app version and it is also developing other amazing features like sleep tracking.

Apple TV 2.0 vs. Netflix Unlimited: This Will Be Interesting