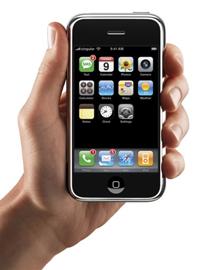 *Update* We’ve updated the fake articles with today’s date and have made it easy for anyone to use this as a prank on office workers. “How to” at the end of the article.

I work in Indianapolis and have a coworker who is obsessed with all things Apple, especially the iPhone. He’s ready. He’s got Indy Apple stores and AT&T locations on speed dial and is set for the biggest release since the iPod itself. This Friday at 6:00 p.m. was to be the beginning of his best weekend ever…. until…

A group of us at work decided to spoof an article in Indy’s most prominent local paper: the Indianapolis Star. What we did was scrape the website, pasted some of our own content into it, and changed DNS settings such that any browsing on our local network at work would reroute IndyStar.com to our fake site that was made to look exactly like the real thing. We even did the same thing for Apple.com so that we could mock up Apple’s site “crashing” due to heavy traffic in response to the unfortunate news of the iPhone being delayed.

Click on the images below to see how it looked. The first is the actual fake article that was displayed when the front page story was clicked on, and the second is the homepage with the title story about the iPhone delay. We could only let the joke run for so long (a couple hours). This guy was/is determined to get an iPhone and was considering purchasing a ticket to New York to avoid the supposed disaster of the iPhone being delayed for Indianapolis. And we’re not that mean.

What the “Gphone” Means for Consumers: Good News & Bad News

Dell Releases $335 PC for China, India, & Brazil Purdue University Warns Students: The RIAA Wants Info on Thousands of You Coming Soon: Use PayPal on Your Cellphone to Pay for Pizza