After many years in a Windows world, I recently purchased a Mac Pro, and have been very happy with my choice. There were many reasons for this move, but suffice it to say that I think Apple has some great products, and I’m really not impressed with Vista.

So here’s my point: If I were running marketing at Apple, one of my main priorities, if not THE priority, would be to make it as easy as possible for the millions of disgruntled Windows users to migrate to the system that “just works.” As intuitive as Macs and OSX may be, this transition isn’t painless, so I would try to go the extra mile to smooth the way.

One issue I noticed as soon as I took my Mac out of the box was that there was no place to plug in the standard mini-plugs from my great-sounding Klipsch 5.1 speakers. The Mac has an optical audio outlet and a headphone jack. I thought there must be some adapter or other solution to this seemingly simple issue, but after some web searching, I came to the conclusion that the best option would be to add an internal sound card with the appropriate connections. The sound card vendors generally told me they “don’t support the Mac.” This doesn’t mean their products won’t work, just don’t go crying to them if you have problems.

So I called AppleCare, with the simple request: “Do you have a list, or can you just tell me where I can find a list of PCI Express Dolby 5.1 sound cards that will work in my Mac Pro?” The nice lady said no, Apple doesn’t make sound cards and cannot provide information on third-party products. I countered that I was transitioning to a Mac and just needed some help getting my new purchase set up. She was polite but firm, no help whatsoever, that’s our policy.

In the spirit of helping Windows converts make this transition (a BIG priority for Apple) I would think that it would be in Apple’s best interest to either set up their own “transition assistance team,” or at least sponsor a semi-independent web site, blog, or similar to make this move as painless as possible.

Am I missing something here? Is this rocket science? Wake up, Apple, this is where your future market growth is coming from. So here’s my free marketing advice: a relatively small investment, combined with a real committment and perhaps even an innovative marketing hook thrown in for good measure that “We at Apple will do all we can to help make your transition to the Mac as painless as possible.”

The Next Big Thing: Why Web 2.0 Isn’t Enough 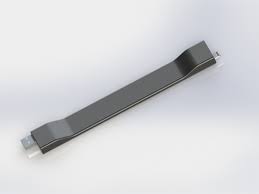