Yesterday I reported that Amazon and TiVo are enabling video downloads without the necessity of a computer. Sounds like a great idea. Now that my TiVo is updated and ready to roll, let’s give this a shot and see how it works.

1. First things first. What is this service supposed to do? Reading the FAQs my TiVo displays on the TV screen, I learn the following information about Amazon Unbox, whether or not a computer is used.

Downloads can either be rented or purchased. Rented videos remain on the DVR for 30 days; however, once a video viewing has begun it will be deleted in 24 hours. Purchases can be stored indefinitely on up to 2 TiVos or PCs at a time. BUT—and this seems pretty cool—once deleted, purchases are “generally available for re-download from Amazon Unbox’s Your Media Library.” Being able to re-download not only frees up space on the DVR, but it makes it feel like you actually own the video.

Download times, predictably, are said to vary based on network speeds and how many you try to download at once. It will be interesting to see how fast they come through my Time Warner cable modem, which usually provides decent speeds for cable service.

The quality should be better than TV recorded at “Best Quality.” This is good; I find Best Quality to be of slightly lower quality than live TV and I wouldn’t mind the upgrade.

2. Setup. First, I make sure video downloads are enabled in my TiVo account. Next I register my TiVo with Amazon and select a 5 number TiVo Purchase PIN. Amazon now says it’s linked to my TiVo account. I’m not sure how that happened–I didn’t enter any information about it. Maybe logging into both accounts in succession did the trick somehow?

3. Choosing and Downloading a Video. From the main TiVo screen, I select “Find Programs,” “Download TV & Movies,” then “Amazon Unbox,” which takes me to a selection menu. The menu options are:

Each menu has about 15-20 titles. The titles aren’t bad—a lot of popular new releases, except for the TV shows which are mostly obscure or old (like ’70s old) titles–but I’m decidedly underwhelmed by the number of selections available. There are some movies I wouldn’t mind seeing (e.g., Letters from Iwo Jima or the Fountain), but since I’m doing this for review purposes I want to download a TV show, which is cheaper and less time consuming. The available TV shows are so disappointing I can’t help but whip out my computer and see if the selection is equally bleak on Amazon.com.

Once I’m online, there’s happily a much greater selection. It appears that not every title available from Amazon Unbox can be downloaded onto a TiVo DVR, but there are more options online than there are using just the DVR itself. A quick check of some popular shows is hit and miss. Some available titles: 24, Arrested Development, My Name is Earl, Survivor, all the CSIs, Veronica Mars, the Riches, the Shield, Weeds. Conspicuous absences: Lost, the Office, anything on HBO. Showtime’s Dexter and the L Word are available, but not for TiVo. Which brings up another complaint: it’s hard to tell without extra clicks which titles work with TiVo. Still, the selection online is much larger than what is available from the DVR. It would be really nice to see the full range on my TiVo. Maybe they’ll add that capability eventually.

I’m tempted to go with an episode of Arrested Development or the Shield, but since this is nominally a review of Tivo without using a computer, and using Tivo without phone, I’ll choose something using only my TiVo.

Going back to the TiVo selection menu, I see that the titles available under Top TV Shows are substantially different than they were a few minutes ago. I wonder if that’s because of the short time in operation of the service or because it lists the Top TV Shows within some short period of time. Anyway, the choices still aren’t all that great but I guess I’ll go with . . . an episode of Star Trek: Enterprise.

After entering my PIN and confirming the purchase, TiVo tells me the video should start downloading within 30 minutes and I’ll be able to watch it after the download is complete, whenever that is. I can’t see any indication of the download happening, but it’s not clear whether that means it hasn’t started yet or if there isn’t a progress indicator. I do get an email from Amazon pretty quickly confirming the purchase. Oh, and it looks like the download was free because of some promotion. Nice!

Okay, after 25 minutes, the download has started. It shows up under “Now Playing” like other shows being recorded from live TV. There’s still no progress indicator, but I have my stopwatch going.

It’s done. It took 45 minutes, which, plus the 25 minutes before it started, equals an hour and ten minutes. Ugh, that’s not very fast at all. I’ll have to plan ahead a little bit if I want to use a tivo setup without phone in the future. [The FAQs did say the first download might take longer than subsequent ones. For what it’s worth, downloading a second episode later took 15 minutes to begin, then 35 more minutes to download for a total of about 50 minutes.] The file size is .92 GB for the 44 minute show. The absence of commercials means it uses less hard disk space than an hour of TV at Best Quality, another plus.

4. Watching the Video. No complaints here. The picture is better than TV—near-DVD quality at least. I may be imagining things, but the sound quality seems much better than TV too; the stereo sound (that’s all I have–no fancy home theater here) is nice and crisp. I also get to use my TiVo remote, which is more intuitive and easier to use than my DVD player remote.

5. Re-downloading. I can’t wait to see how well this part works. First I delete the episode. Looking around the TiVo menu, I don’t see any way to access Your Media Library or otherwise see that I’ve paid for and can re-download the episode. A quick review of the FAQs seems to confirm that re-downloading can only be done from online. That’s too bad; it would have been useful to be able to see all available re-downloads and initiate them from the DVR.

Back at Amazon.com, I go to Your Media Library (which really should be called “My Media Library”). Selecting the “Downloads” tab at the top, I can see my purchased episode with a “download” button prominently displayed. Uh oh. Clicking the button, I immediately get an error screen that says, “We’re sorry! An error occurred when we tried to process your request. Rest assured, we’re working to resolve the problem as soon as possible.” That’s disappointing. A look at Unbox support doesn’t provide any help. Maybe this is what “generally available” meant. I’ll try again later and give an update if it works. I hope it does.

6. Wrap Up. Amazon Unbox on TiVo seems like a great service. This is the first time I’ve used it, and it worked reasonably well. I don’t know that it’ll make me cancel my Netflix subscription—as of now the selection isn’t as good and it’s more expensive as a primary video rental service. Unbox will probably supplant iTunes as my main source for TV shows that have recently aired and aren’t yet on DVD, but that isn’t a big category for me (I mean, hey, I do have TiVo after all!) and iTunes has greater selection. Unbox will definitely help on occasions I want to see a movie and I’ve watched everything I currently have from Netflix. I’m also thrilled about the picture and sound quality and being able to re-download in the future (assuming that starts working). Overall, it’s a nice addition to my entertainment arsenal.

The option to download videos right from the DVR is less impressive. While it has the potential at times to be slightly more convenient than having to go to the computer, I don’t know if that makes up for the reduced selection (even compared to what’s available online from Unbox). In the future I see myself going to the website virtually every time I want to select a download.

Ordering directly from a DVR is a good idea, but right now it’s too lacking in capability to be of much use. I’d love to see the service add (1) the capability to view the entire selection of titles available for download, and (2) a list of videos previously purchased and re-downloadable. 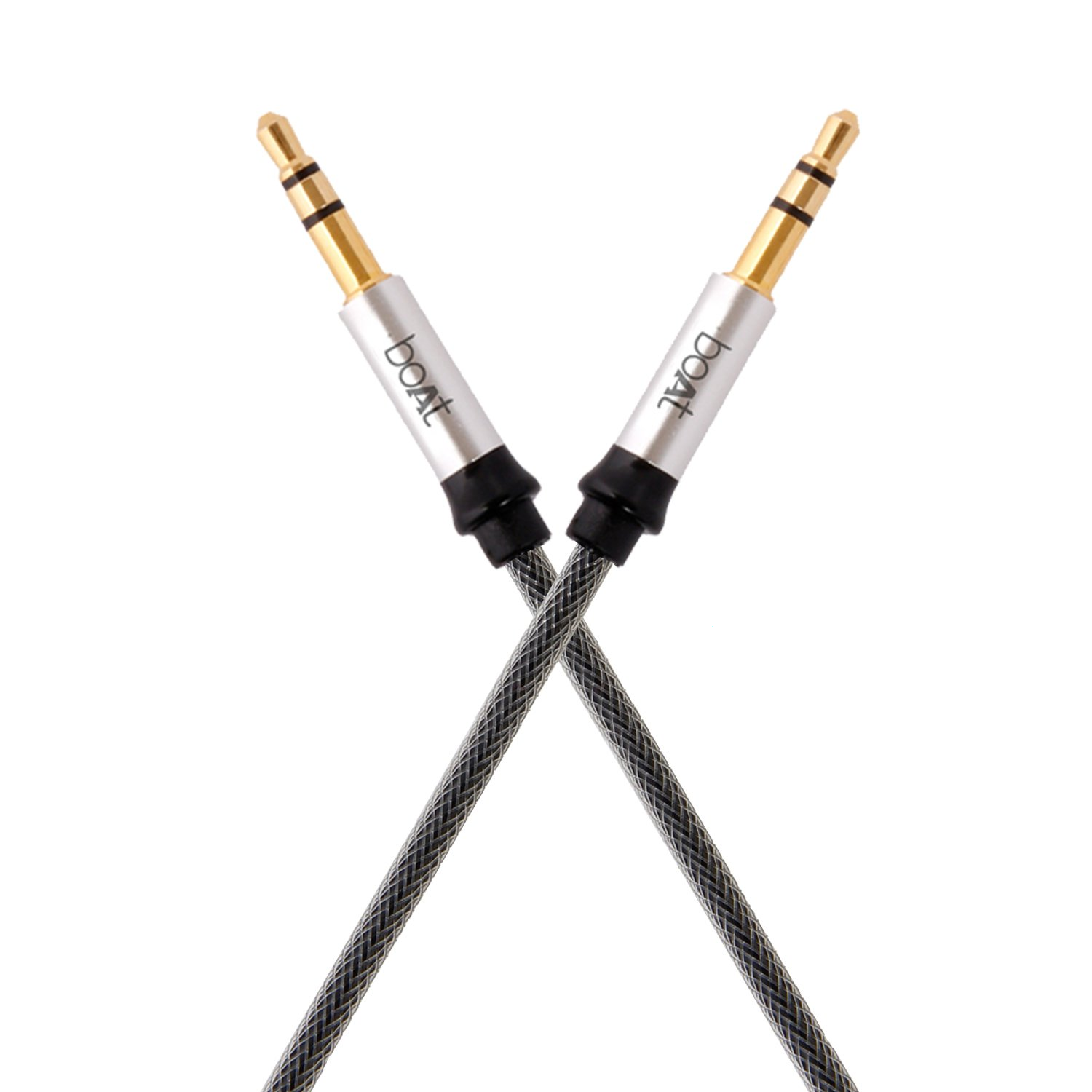 Just How Digg-Like Are They? Chart Comparing New Sites by Yahoo, Microsoft & Dell