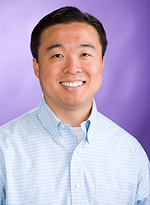 YouTube has hired Yahoo’s Treasurer Gideon Yu (pictured to the left) to join the company as its first chief financial officer (CFO), a much needed role, as bystanders wonder how the hugely popular site will become profitable. Though some have already speculated as to the potential worth of YouTube, bringing in a veteran number cruncher possibly means preparations are in the works for either deal-making or an initial public offering.

YouTube currently has about 60 employees, compared to the 10,500 employed at Yahoo. However, this particular Yahoo employee is a big enough loss for a Yahoo spokeswoman to make a public statement, explaining that Yu “is taking advantage of what’s a good career opportunity for him to step up to another level.”

Yu, who also holds the title senior vice president for finance, is among the most highly regarded to leave Yahoo. He has an undergraduate degree from Stanford University and an MBA from Harvard University. Yahoo itself lists him among the top 14 corporate officers (according to its latest annual report). And Treasury & Risk Management Magazine has him on its “40 under 40″ list. Yu has held finance positions at The Walt Disney Co. and Hilton Hotels among others.

He is expected to begin work at YouTube this month, as YouTube begins work on a new strategy for generating revenue from its vast amounts of traffic. Rumors have been circulating that some major players expressed interest in buying YouTube. But CEO Chad Hurley has explained that the company is not for sale, though an IPO in the future was a possibility…